A Life of Sentences 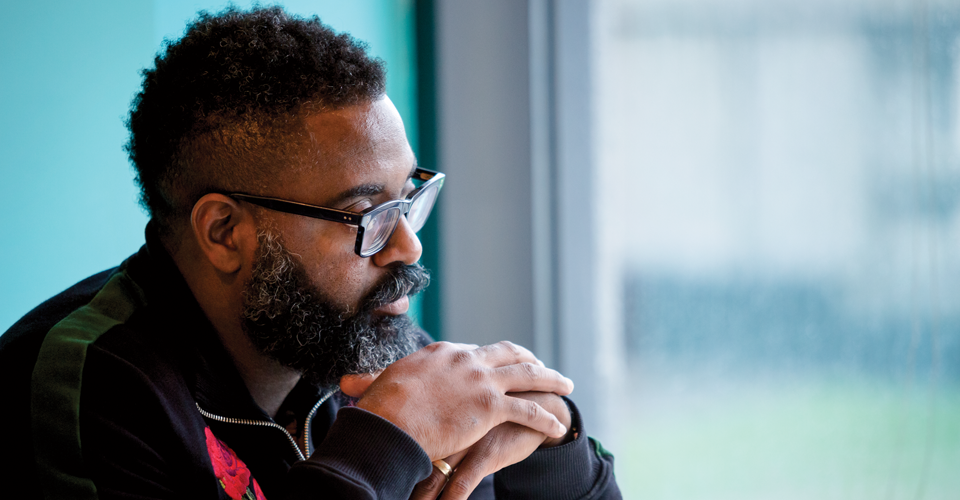 An armed carjacking at age 16 sent Reginald Dwayne Betts ’09 to prison—and started his remarkable path to the worlds of literature and law.

The Rubik’s cube in Reginald Dwayne Betts’ hands is so close to complete—the top layer is the only one giving him trouble. On a September morning in a coffee shop in New Haven, Conn., he twirls it round and round, spinning it this way and that, and yet one square on each side remains stubbornly the wrong color.

Over the last year, Betts ’09 has been mastering the cube, inspired by a colleague who brought in the toy one day and the discovery that he has a knack for sorting it out. YouTube videos have improved his skills. “All of a sudden it was demystified,” he says. Solving the puzzle is nothing more than a simple algorithm. “It’s just like life. If you figure out the right steps, then you can get to where you need to be.”

The metaphor is so neat that I have to wonder if Betts planned it. And if the colors don’t fall into place? “If you have faith in the steps you’ve taken, then it might be something wrong in the way you structure those steps. I know those steps were right, I know that the algorithm was right, but maybe I was in the wrong place.”

At 39, Betts—tall and striking, with a full beard and the kind of thick-rimmed glasses you’d imagine a poet wearing—knows right steps from wrong steps. An armed carjacking at age 16 cleaved his life into before and after: before, a childhood of run-of-the-mill classroom troublemaking, and after, a maze of courtrooms and jail cells.

And then, another turn: In prison, Betts, long a reader, began to write his story, first with a memoir and then two acclaimed books of poems, followed last fall by another poetry collection, “Felon.” Along the way, college called, repeatedly: an undergraduate degree at the University of Maryland, an MFA at Warren Wilson College, then a J.D. and now a Ph.D. in law at Yale.