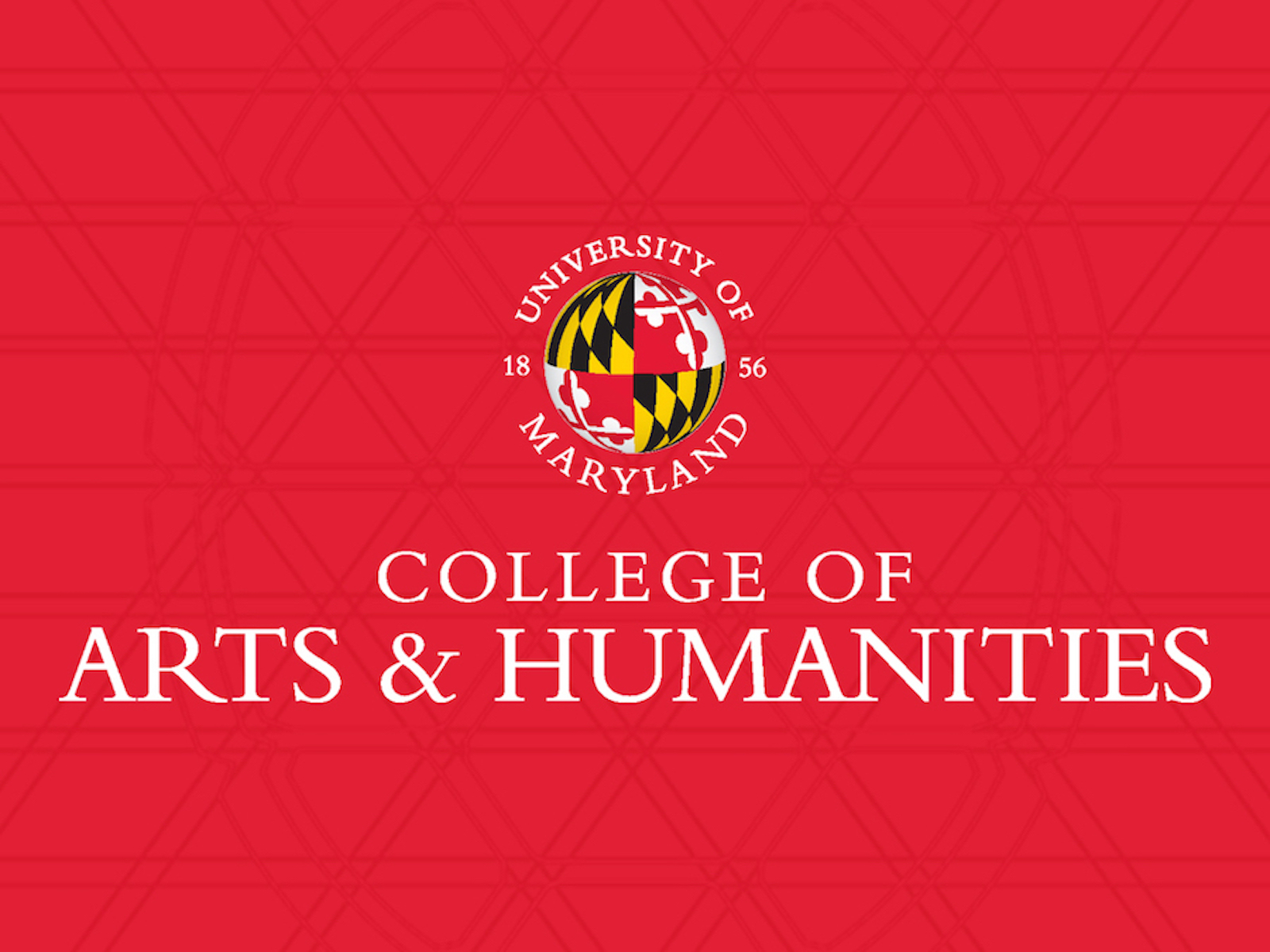 Dean Bonnie Thornton Dill is pleased to announce the following new leadership appointments within the College of Arts and Humanities (ARHU).

Maura Keefe is serving as the director of the School of Theatre, Dance, and Performance Studies, effective July 1, 2020. 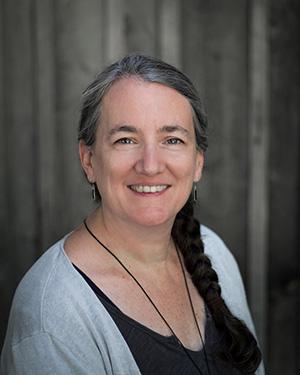 Maura Keefe is a dance historian whose research deals with contemporary dance forms and cultures, choreography, dance theory and audience engagement. She is also a scholar in residence at Jacob’s Pillow, an internationally acclaimed summer dance festival, where she interviews, writes about and lectures on dance artists from around the world. Based on her interactions with dancers and choreographers, she is working on a collection of essays on contemporary dance forms and cultures. Other research interests include the relationships between dance and sports, with essays published on subjects such as end zone dancing, baseball as structured improvisation and the Harlem Globetrotters. She earned her doctorate in dance history and theory from the University of California, Riverside.

Steven Mansbach is serving as interim chair of the Department of Art History and Archaeology, effective July 1, 2020. 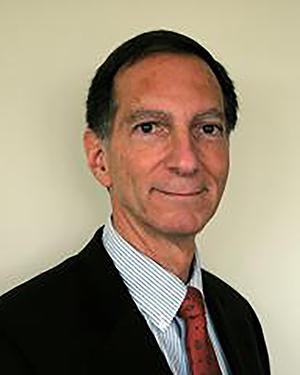 Mansbach, a Distinguished University Professor and professor of 20th-century art history, focuses his research and teaching on the genesis and reception of classical modern art, roughly from the last quarter of the 19th century through the middle of the 20th. With interests that encompass all of Europe, his specific area of scholarly publication is the art of Central and Eastern Europe from the Baltic north to the Adriatic south. On this topic he has published numerous books, articles, exhibition catalogues and essays. In addition to holding fellowships and university professorships in the United States, Europe and Africa, he served almost a decade as associate dean of the Center for Advanced Study in the Visual Arts at the National Gallery of Art in Washington, D.C., and as the founding dean and director of the American Academy in Berlin. He earned his doctorate in art history from Cornell University.

Gregory Miller is serving as director of the School of Music, effective July 1, 2020. 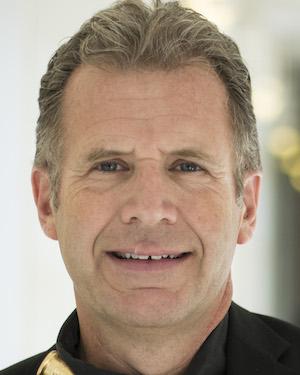 Miller has led an accomplished career as chamber musician, orchestral player, soloist and professor of horn, serving on UMD’s faculty for 20 years. He has published solo recordings on horn and was appointed associate principal horn of the Honolulu Symphony Orchestra in 1994. His orchestral career has also included regular performances in the horn sections with the Detroit, Pittsburgh, Baltimore and National symphony orchestras, among others. As a soloist, Miller has performed with the United States Navy Band of Washington, D.C., the National Symphony Orchestra of Costa Rica, the Daegu Symphony Orchestra of South Korea, the Palm Beach Symphony and the American Wind Symphony. He was hornist for the Empire Brass Quintet for more than 15 years. Miller received his Bachelor of Music in horn performance from the Oberlin College Conservatory of Music.

Brandon Morse is serving as chair of the Department of Art, effective July 1, 2020. 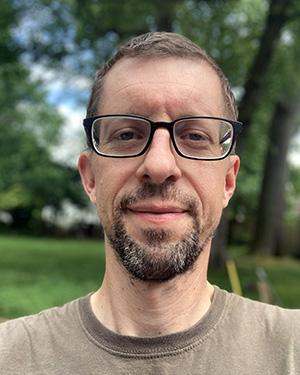 Morse is an artist who uses technology and other digital tools to explore contemporary social and ecological conditions. He has exhibited in galleries, museums and art centers in the Americas, Europe and Asia and is currently preparing for an exhibition at the Kreeger Museum in Washington, D.C. Since joining UMD’s Department of Art in 2000, he has worked to enhance undergraduate education by strengthening curriculum and developing studio facilities which allow for the creative investigation of the roles new media can play in contemporary art contexts. He holds a Master of Fine Arts in arts and technology from The Ohio State University.

Trevor Muñoz is serving as director of the Maryland Institute for Technology in the Humanities (MITH), effective July 1, 2020. 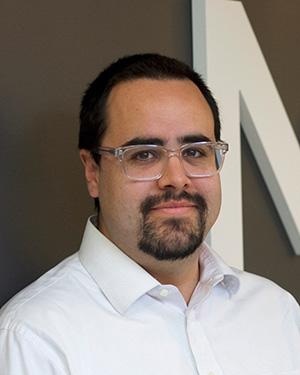 Muñoz’s work focuses on humanities approaches to data curation and on the design and sustainability of interdisciplinary research collaborations. He previously served as interim director of MITH and is a co-principal Investigator for the African American History, Culture and Digital Humanities Initiative and co-director of the Humanities Intensive Learning + Teaching Institute.  Muñoz earned a Master of Arts in digital humanities from King’s College London and a Master of Science in library and information science from the University of Illinois, Urbana-Champaign. 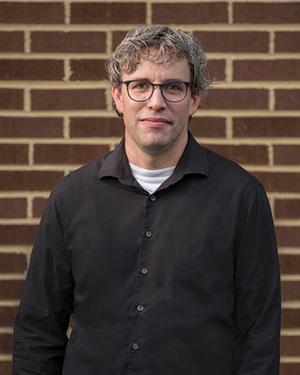 Ontiveros’ research focuses on contemporary American literature and Chicano/Latino literary and cultural studies. He is an associate professor in the Department of English and an affiliate in U.S. Latina/o studies, women’s studies and Latin American studies. His book “In the Spirit of a New People: The Cultural Politics of the Chicano Movement” was published in 2013. In addition, he has published essays on topics ranging from Latinx environmentalism to television coverage of the Mexican-American civil rights movement. Currently, he is writing a book about Latinx communities and the American suburbs. In 2015, he won the USM Board of Regents’ Faculty Award for Teaching, and in 2016, he was awarded the Donna B. Hamilton Award for Teaching Excellence in General Education. Ontiveros earned his doctorate in English from the University of California, Irvine. 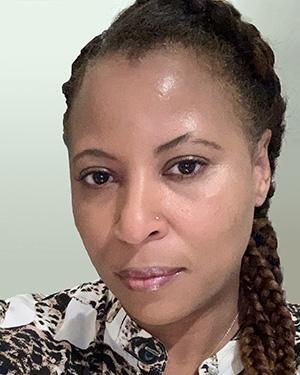 Parham is a renowned digital humanities scholar whose teaching and research projects focus on texts and technologies that problematize assumptions about time, space and bodily materiality. She is particularly interested in how these constructs share a history of increasing complexity in texts produced by African Americans, and how they offer ways of thinking about intersectional approaches to digital humanities and technology studies. She joins UMD from Amherst College, where she was professor of English, the director of the Immersive Reality Lab for the Humanities, an independent workgroup for digital and experimental humanities, and a faculty diversity and inclusion officer. She earned her doctorate in English and comparative literature from Columbia University. 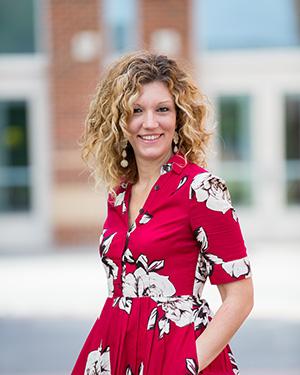 Bondarev Rapach is experienced in both the academic study and practical applications of arts management and is committed to aesthetic equity and inclusive access to the arts. Previously the associate executive director of The Clarice, she informed the design and implementation of partnership-based programs and created professional development opportunities for emerging arts leaders. She began her tenure with The Clarice in 2009 as director of marketing and communications, and her career in arts administration began with the Baltimore Symphony Orchestra, overseeing e-commerce and single ticket sales. She is adjunct faculty in American University's graduate arts management program where she earned her master's certificate; she received a bachelor’s degree in international studies and Russian language and literature from Illinois Wesleyan University.

Paul Scham is serving as director of the Joseph and Alma Gildenhorn Institute for Israel Studies, effective July 1, 2020. 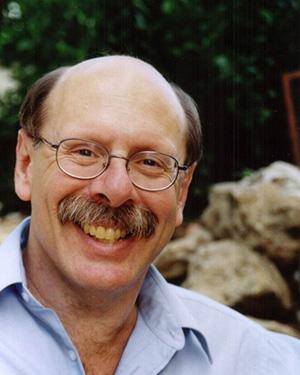 Scham, an associate research professor and historian, has been the executive director of the Gildenhorn Institute for Israel Studies at UMD since 2008. For six years, he coordinated joint Israeli-Palestinian and Israeli-Jordanian research projects at the Truman Institute of the Hebrew University of Jerusalem and, since his return to the U.S. in 2002, has been a non-resident scholar at the Middle East Institute in Washington, D.C. Scham has published widely on the Israeli-Palestinian conflict and its historical narratives, Hamas, Jordan, the religious right in Israel and other subjects. He earned his Juris Doctor degree from the University of California, Berkeley.

Ashwini Tambe will serve as interim chair of the Department of Women’s Studies, effective January 1, 2021. 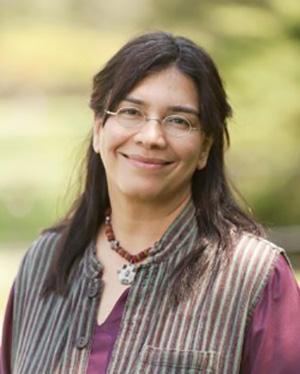 Professor Tambe’s scholarship includes transnational feminist theory, sexuality studies, South Asian history and global political economy. She is the editorial director of the journal Feminist Studies, a premier venue for interdisciplinary feminist scholarship and creative expression. Her latest book, “Defining Girlhood in India: A Transnational History of Sexual Maturity Laws,” examines the legal paradoxes in age standards for girls’ sexual consent in India. Her recent articles span topics such as nationalism and reproduction, the #MeToo movement and age as a category of analysis. In 2018, she received a Graduate Mentor of the Year award from the university. She earned her doctorate in international studies with specializations in gender studies and social theory from American University.

Fatemeh Keshavarz’s appointment has been extended as director of the Roshan Institute for Persian Studies.

Hayim Lapin’s appointment has been extended as director of the Joseph and Rebecca Meyerhoff Program and Center for Jewish Studies.

Psyche Williams-Forson’s appointment has been extended as chair of the Department of American Studies.

Ruth Enid Zambrana’s appointment has been extended as interim chair of the Department of Women’s Studies for the fall 2020 semester.