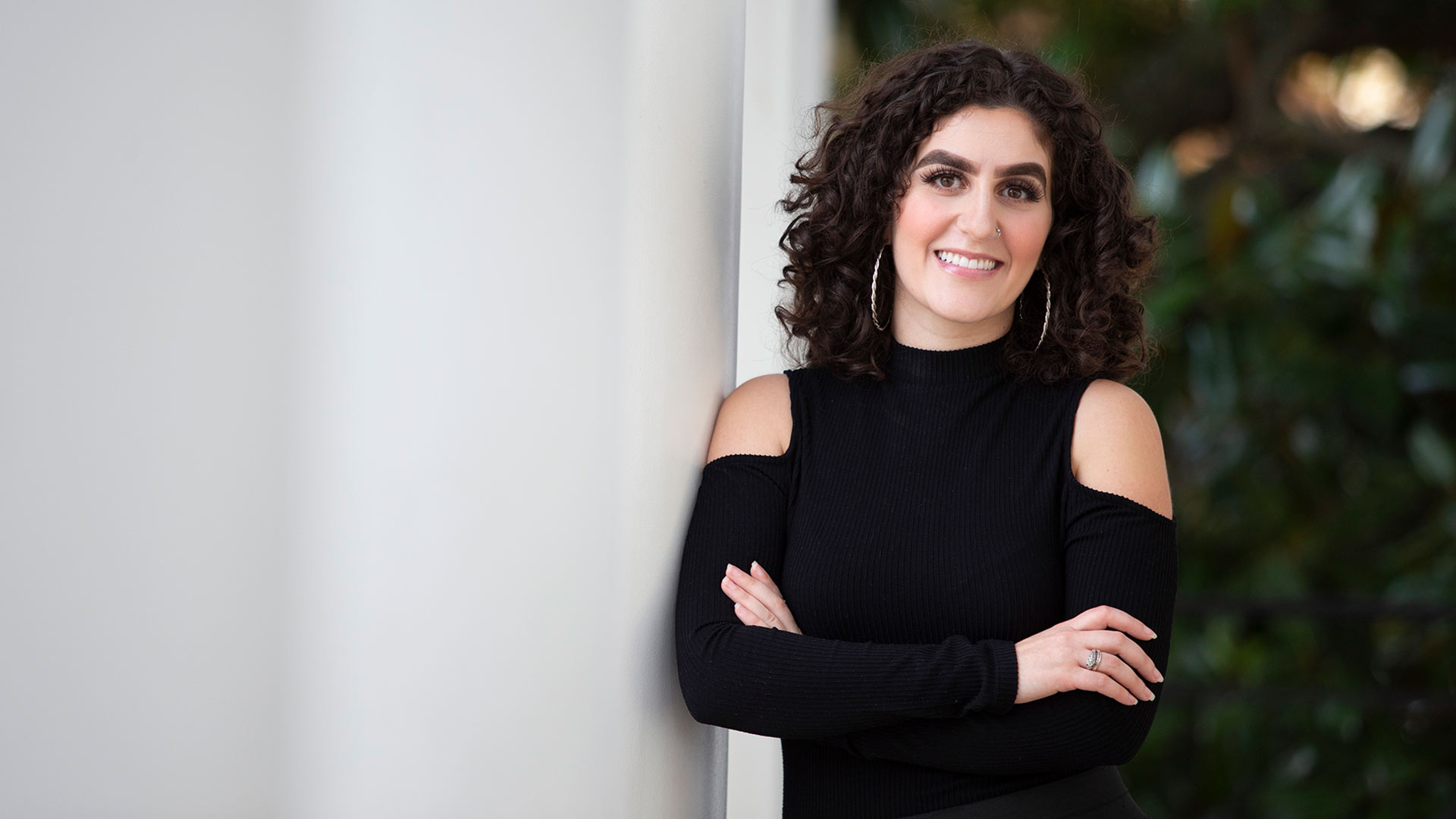 For Bita Riazi, graduating from the University of Maryland is the culmination of the hopes that her family carried to the United States nearly 30 years ago.

Her parents left Iran and all their relatives behind for Maryland in 1991, hoping then-1-year-old Riazi’s educational prospects would be brighter. And while the journey to a degree wasn’t a straight line, it has been rewarding.

“I had a lot of faculty who believed in me,” she says.

Riazi will be the student speaker at the campus-wide winter commencement ceremony on Dec. 17 at the Xfinity Center. The main address will be given by Lt. Gen. James R. Clapper Jr. (Ret.) ’63, former director of national intelligence; Maryland Senate President Thomas V. “Mike” Miller Jr. ’64 will receive an honorary doctor of public service degree.

Riazi earned an associate’s degree in general studies from Montgomery College in 2011 and planned to immediately transfer to UMD. But when her parents faced several health crises, Riazi, an only child, instead took care of them and worked full time at a spa in Gaithersburg.

“I always did want to go back and finish school, but sometimes life happens,” she says. “Family is first.”