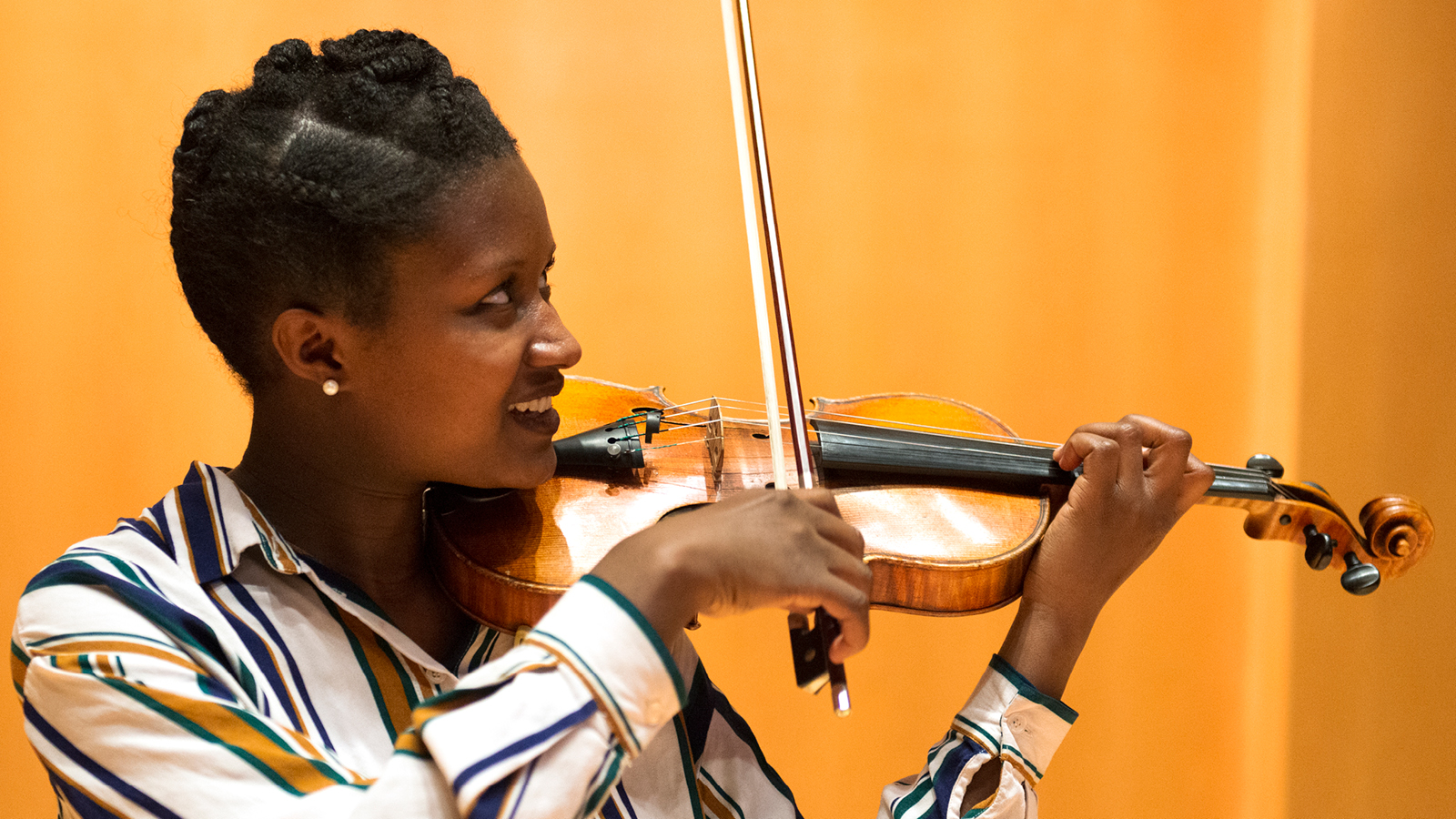 By Kelsey Eustace | Photos and video by David Andrews

Camille Jones was used to spending hours a day practicing her violin or in orchestra rehearsals, but she had never organized a concert before.

In fall 2018, the junior violin major knew she wanted to do something to amplify the musical compositions of women, African-American and Latinx composers—voices that have been historically underrepresented in the classical music cannon she devotes so much time to studying.

When Jones began researching underrepresented composers, she quickly realized how difficult it was to even find or listen to their pieces. Mia Laity, a fellow violinist, pointed her toward a composer diversity database, and she began gathering ideas.

"It was important to highlight the music of people who look like me," shared Jones on her inspiration for the project.

Jones' idea coalesced into "Voices Unheard" a collaborative concert in November 2018 at MilkBoy ArtHouse, a music venue in downtown College Park, that featured 26 musicians from UMD's School of Music (SOM) and a dancer.

The impact of the performance?

“One attendee said that she was moved to tears,” said Camille. “It was very rewarding to create that sort of experience.”

After bringing together so many of her peers to celebrate underrepresented voices, Jones had the opportunity to join other musicians and leaders in diversity at the 2019 SphinxConnect conference in Detroit, Michigan.

Produced by SPHINX, a national organization dedicated to transforming lives through the power of diversity in the arts, the conference aims to inspire and ignite leaders committed to diversity in music.

As one of six SOM students who were awarded fellowships to this year’s conference, Jones and her classmates joined fellow musicians, advocates and leaders of diversity in the arts for an intense, but fun three days.

“The conference was amazing," Camille said.

She attended panel discussions, learned practice and audition tips and heard about what it is like to be in an orchestra from other musicians of color—musicians who represented her.

“It meant a lot to me to see an orchestra comprised of so many musicians of color,” shared Camille. “After attending SphinxConnect, I knew I had joined another family.”