The Syntax Of Dance 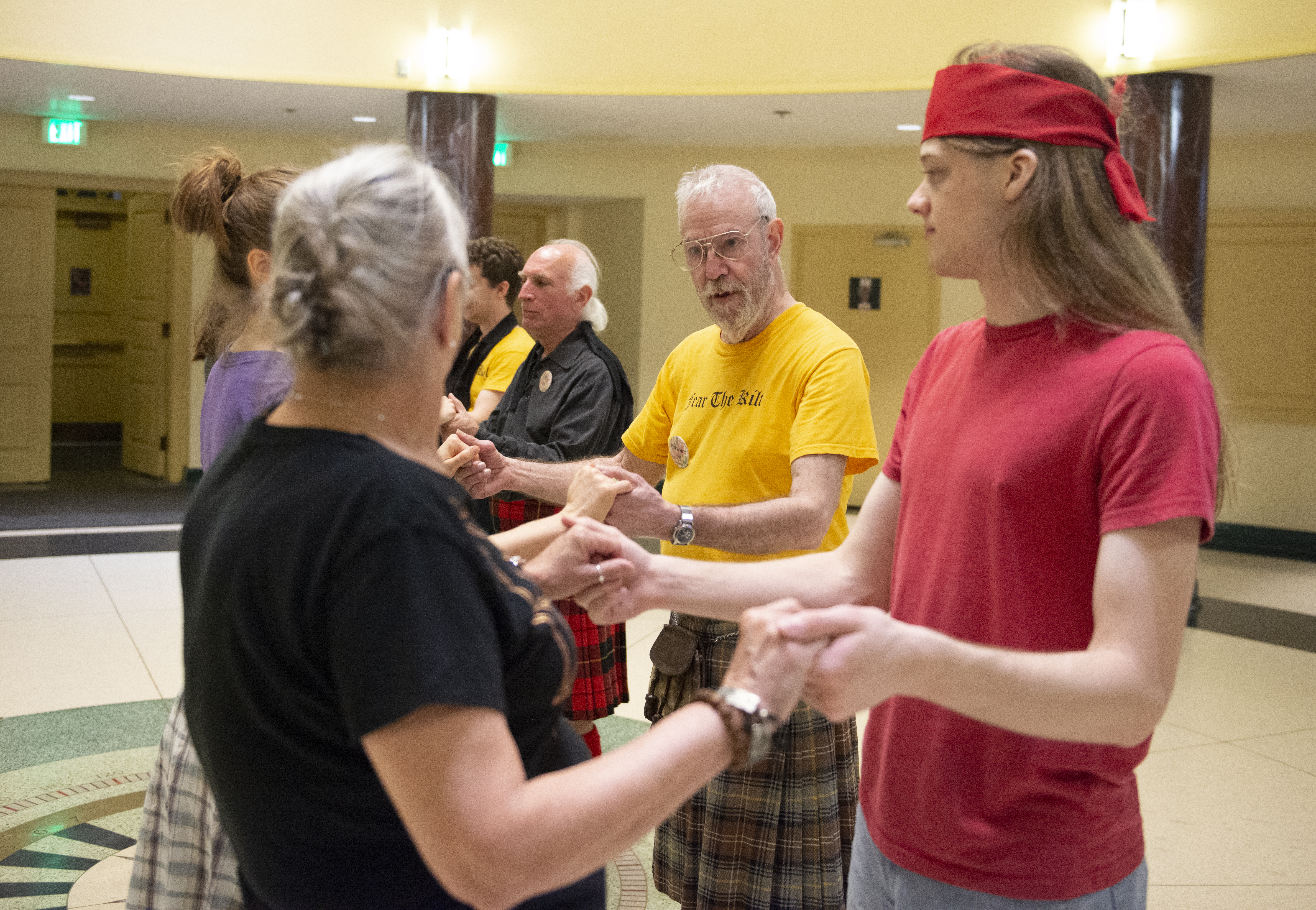 At 7 p.m. on a recent Wednesday, two lines of six dancers stand facing one another in the rotunda of the math building. They wear T-shirts that read “fear the kilt” and black soft-soled shoes called “ghillies,” often used in Scottish dance.

Lasnik is a highly regarded linguist, recognized worldwide for his contributions to the study of syntax and semantics. In the ’70s, he studied under famous linguist and activist Noam Chomsky at the Massachusetts Institute of Technology (MIT), whom he continued to work and publish with for several decades. But he can also be found every Wednesday evening on campus moving to traditional Scottish jigs and reels and instructing students to do the same. Lasnik says his passions fit together well.

“Dance is far from a distraction from my professional work,” he says. “It’s what keeps me from getting burned out.”

Lasnik’s dancing roots go back over 50 years. He started dancing when he was an undergraduate mathematics major at the Carnegie Institute of Technology (now Carnegie Mellon), when a professor introduced him to the recorder for English country dancing, which in turn led him to try the dancing himself. From there, he branched out to other folk dances, like Balkan, Greek and Scottish dance. He danced throughout his graduate career at Harvard University, where he received a master’s degree in English literature, and at MIT, where he completed his doctorate and found his career path in linguistics, the scientific study of language and its structure. 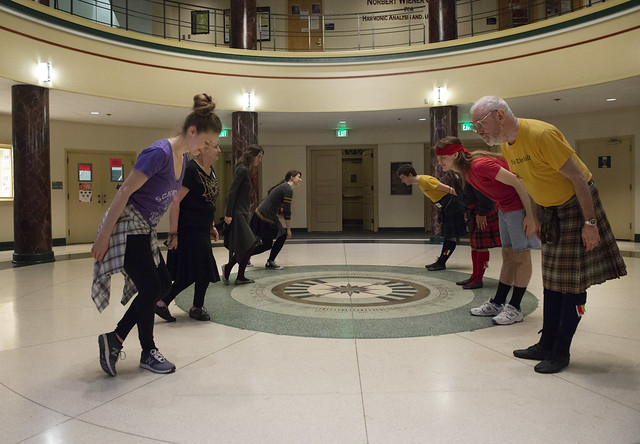 He says he can find elements of his passions for both math and language in dance.

“Linguistics is an analytical, almost mathematical approach to the study of language,” he says. “The geometric patterns of the figures contribute to semantic meaning-making in the dance community.”

Lasnik says he can sometimes even use dance to explain complex concepts, like “minimalist syntax theory,” a “bare bones” approach to linguistic theory developed by Chomsky in the ’90s.  Scottish country dances are organized into sets of long lines in which partners face each other and “progress” to a new position, moving up or down the set to start the dance again. That same concept can be applied to language formation.

Now-retired UMD senior media relations associate Ellen Ternes, another Scottish country dance enthusiast, formed the UMD Scottish Country Dance Club 11 years ago. She and Lasnik ran the club together for several years, and they created an active Scottish country dancing community on campus, bringing together students and members of the local community.

And his love of dance isn’t lost on his colleagues—in 2000, a group of linguists published a collection of essays in honor of his work on minimalist syntax called “Step by Step,” a subtle nod to his lifelong passion.

Lasnik says his teaching philosophy is the same in both dance and the classroom: “If students don’t understand it, it’s not their fault. It’s mine.”

The club meets every Wednesday at 7 p.m. in the rotunda of the Mathematics building.

Photos and video by David Andrews.