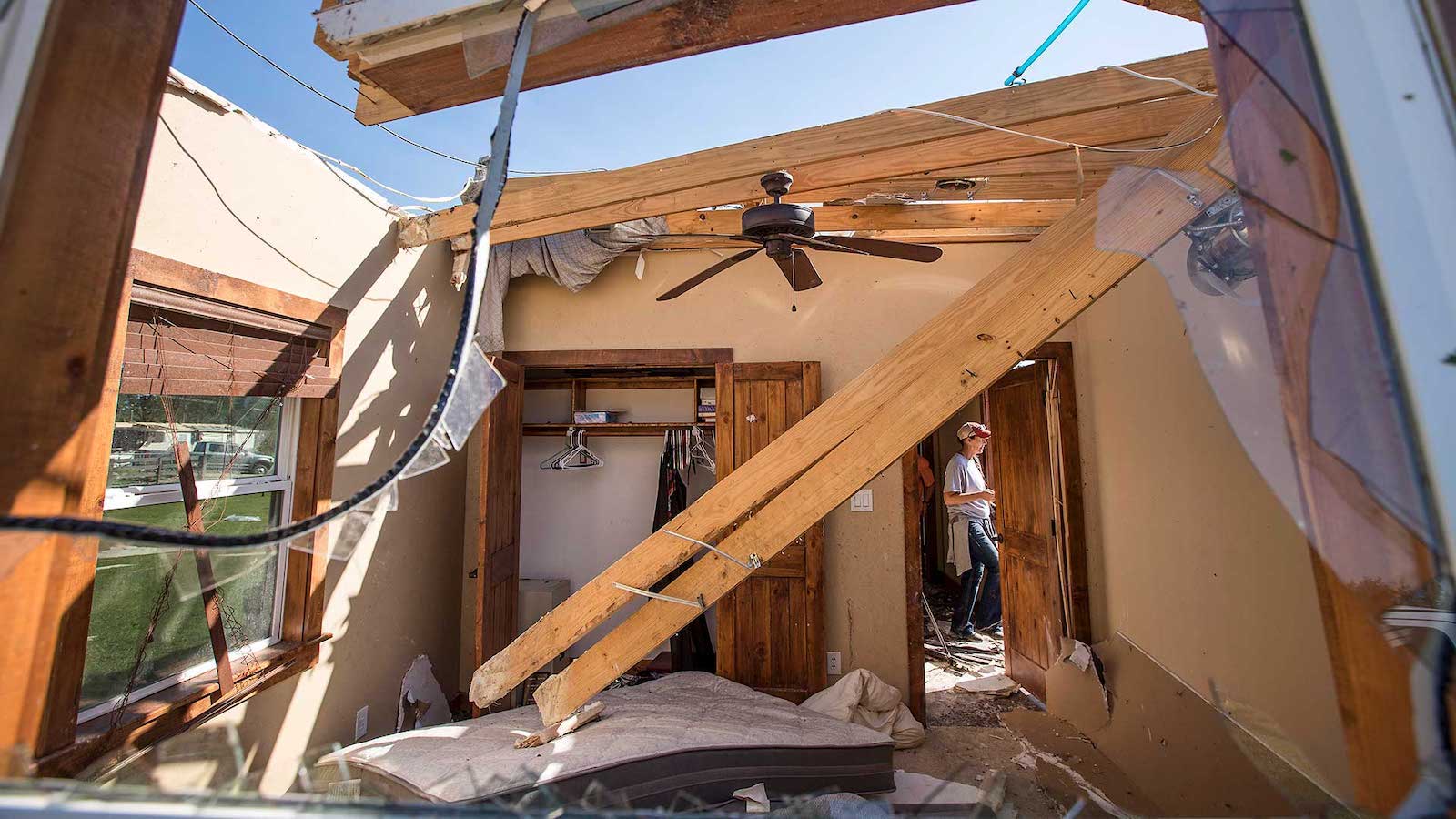 On a rainy Thursday afternoon in September, cell phones across College Park buzzed with a tornado warning from the National Weather Service (NWS) advising people to take shelter and avoid windows.

By 6 p.m. the threat had passed, the warning had expired and life resumed as normal.

That’s not always the case in areas where a tornado, flash flood or hurricane rips through a community, destroying property and taking lives—a tragedy often made worse because many Americans are either unfamiliar with or choose not to heed NWS severe weather alerts.

Now three faculty members from the University of Maryland’s Department of Communication are looking to improve how forecasters communicate such threats, through a $368,675 grant from the National Oceanic and Atmospheric Agency (NOAA).

“The NWS has long sent out these warning messages aimed at ‘something’s gonna happen soon, take action,’” said Liu, whose research investigates how government messages, media and interpersonal communication can motivate people to respond to and recover from hazards. “But now with social media we have a lot more flexibility to design notifications. We have new channels and ways to make direct connections with folks to best inform them about severe weather.”

Ensuring these messages reach the public is especially urgent now as scientists across the world warn that intense weather events will continue to worsen due to climate change. The fourth National Climate Assessment (NCA), released in 2018, said warming-charged extremes "have already become more frequent, intense, widespread or of long duration." With a little less than two months still left to go, the 2020 hurricane season is the second most active Atlantic hurricane season on record—after 2005—and has already exhausted the list of 21 names used to identify the tropical systems.

Beginning next month, the researchers will conduct two workshops with NWS forecasters and broadcast media partners from across the tornado-prone states of Tennessee, Alabama and Mississippi. Whereas the Great Plains have the most tornado occurrences in the country, the Southeastern United States experiences the most death and destruction in the country from tornadoes, due in part to tornado activity throughout a large portion of the year and to strong storms known as “quick spin-ups.”

During the workshops—which were intended to be in person but will be held virtually—the participants and researchers will construct messages that aim to increase the public’s tornado literacy, encourage appropriate and increase trust and satisfaction with local weather forecast offices.

“We’re going to take a participant-action approach, relying on the lived experience of these meteorologists,” said Atwell Seate, a self-described “weather nerd” who uses social science research to study intergroup communication. “Together we’ll look at existing messages and figure out why we think they’re effective and how we can make them better.”

The team will then finalize a number of sample messages that will be tested in nine online experiments with an estimated 10,000 people throughout 2021.

In the final project stage, the research team will work with the NWS Training Center to develop new risk communication training modules for forecasters across the nation.

Kim, who studies how the public processes science messages, said the project is an excellent opportunity to examine how a combination of science and social science can enhance the public good.

“This is an awesome synergistic project because we have expertise on both sides,” she said.