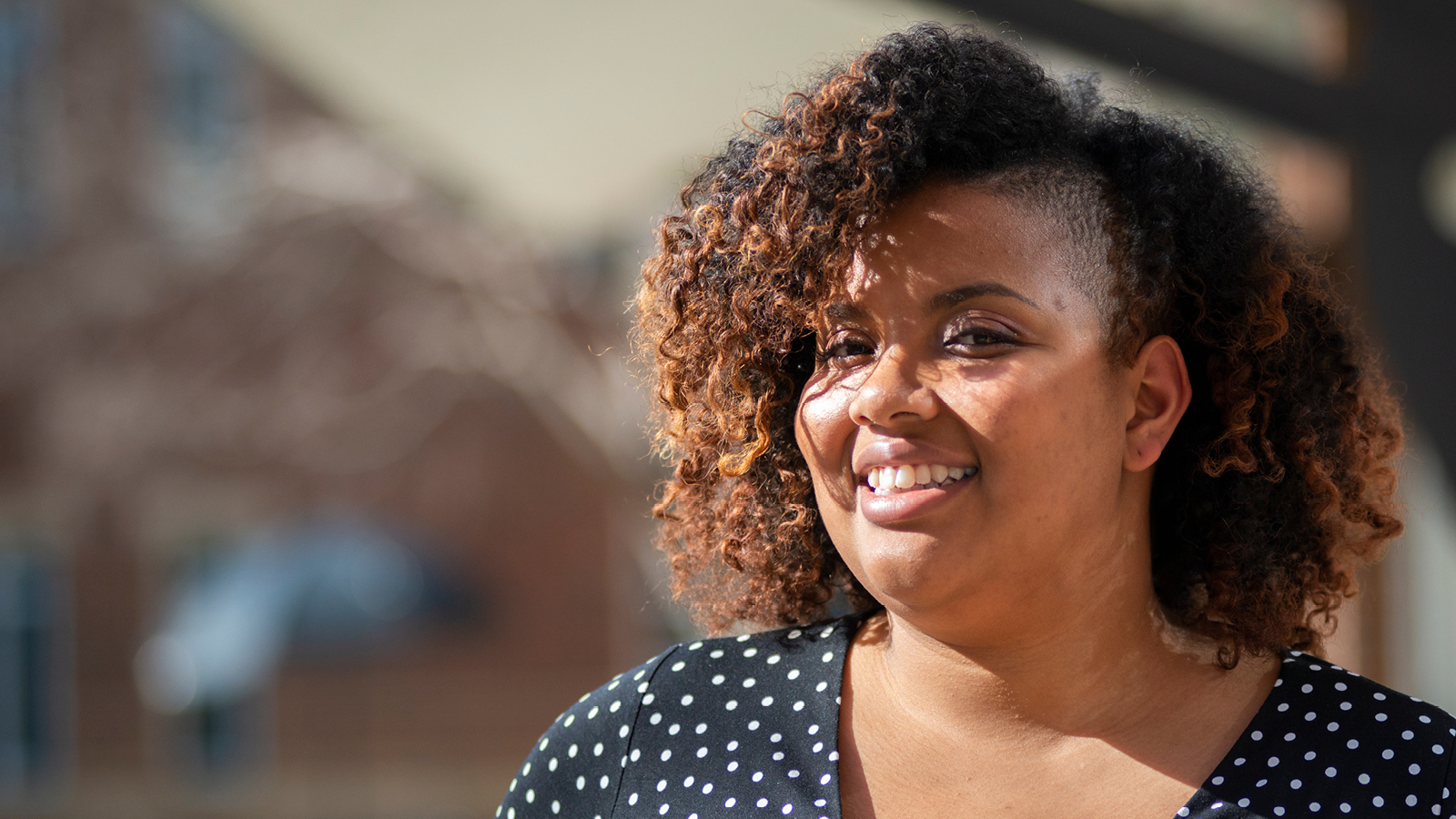 Voice major Adia Evans ’19 sings her way to Carnegie Hall and beyond with the UMD Concert Choir.

By Kelsey Eustace | Photos and video by David Andrews

Adia Evans '19, B.M. voice performance, dreams of singing opera in France someday. While that may seem ambitious, Evans has already performed in Korea with the University of Maryland (UMD) Chamber Singers and will perform at Carnegie Hall with the UMD Concert Choir on May 19.

“Carnegie Hall has an enormous reputation,” said Evans. “Only performers with well established careers get to perform there, so it’s a huge honor to perform there as a student.”

This opportunity arose from the UMD Concert Choir’s ongoing artistic relationship with the National Symphony Orchestra (NSO). Through this partnership, Evans will perform in “Unexpected Italy (I): Liszt & Rossini” from May 16 - 17 at the Kennedy Center before hitting the road for the May 19 performance at Carnegie Hall.

Under the baton of Music Director Gianandrea Noseda, Evans and her peers will collaborate with the NSO on Gioachino Rossini’s dramatic “Stabat Mater” and Franz Liszt’s “Dante Symphony.” Noseda is an international star in the world of classical music and conducting, and Evans is thankful for the opportunity to work with him.

Evans has participated in over a dozen of these professional collaborations during her time at UMD. This academic year alone, she sang in the NSO’s production of Handel’s “Messiah” that received a rave review from “The Washington Post” last December and in two works with the Baltimore Symphony Orchestra (BSO) in March.

For the BSO performance, Evans’ favorite piece was "Across the Line of Dreams," a new composition by British composer Roxanna Panufnik. The piece featured a split chorus; one chorus to tell the story of Harriet Tubman, an American abolitionist and political activist, and another chorus to tell the story of Rani Lakshmibai, a leading figure of the Indian Rebellion of 1857.

Beyond being a rare occurrence to sing in a world premiere, Evans explained that singing in this premiere was “especially important to me because it was a work written by a woman about women of color who fought hard for what they believed in. It was an amazing experience to elevate the voices of these women through my art.”

Performing at this high a level requires practice and flexibility. When collaborating with professional orchestras outside UMD, the choir does not have the opportunity to rehearse with the conductor until the week of the performance. However, the process of learning the music begins months in advance. Evans and her peers spent many hours working with Edward Maclary, the UMD director of choral activities, to learn the music. When it was time to rehearse with BSO Music Director Marin Alsop, they were nimble enough to adapt to her artistic vision. 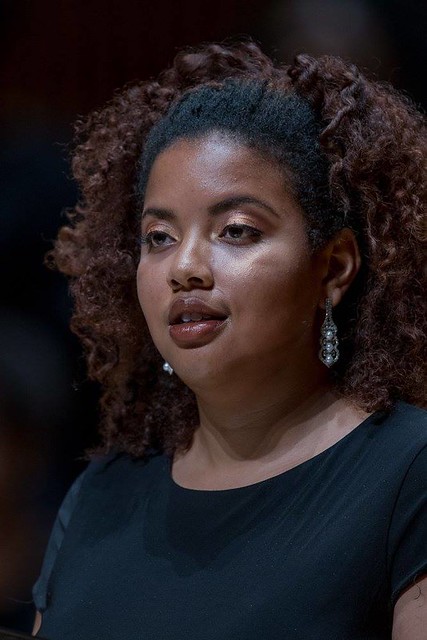 "Every conductor interprets the work differently," Evans said. "Rehearsing with a new conductor completely changes how we perform and experience the music."

Evans knows this rigorous preparation and professional experience will serve her well during her Carnegie Hall debut. On May 13, Noseda will come to UMD to rehearse the choir on the Liszt and Rossini before their dress rehearsal with the NSO in their home at the Kennedy Center on May 15. While these two rehearsals are the only times the choir will have with the famous conductor before they perform with the orchestra, Evans explained that they are ready and looking forward to the process and performances at the Kennedy Center May 16 - 17 before the big finale at Carnegie Hall on May 19.

“Musicians dream of performing at Carnegie Hall and many never get there,” said Evans. “This is an extraordinary way to end my long journey with the UMD choral program.”

After graduating this May, Evans will attend the University of Tennessee as a member of the Knoxville Opera Studio to pursue a M.M. in voice performance on a full scholarship—another step closer to singing in Paris.

An earlier version of this piece incorrectly said that this was the School of Music's Carnegie Hall debut. We regret the error.