Four Strings Around the [Virtual] World 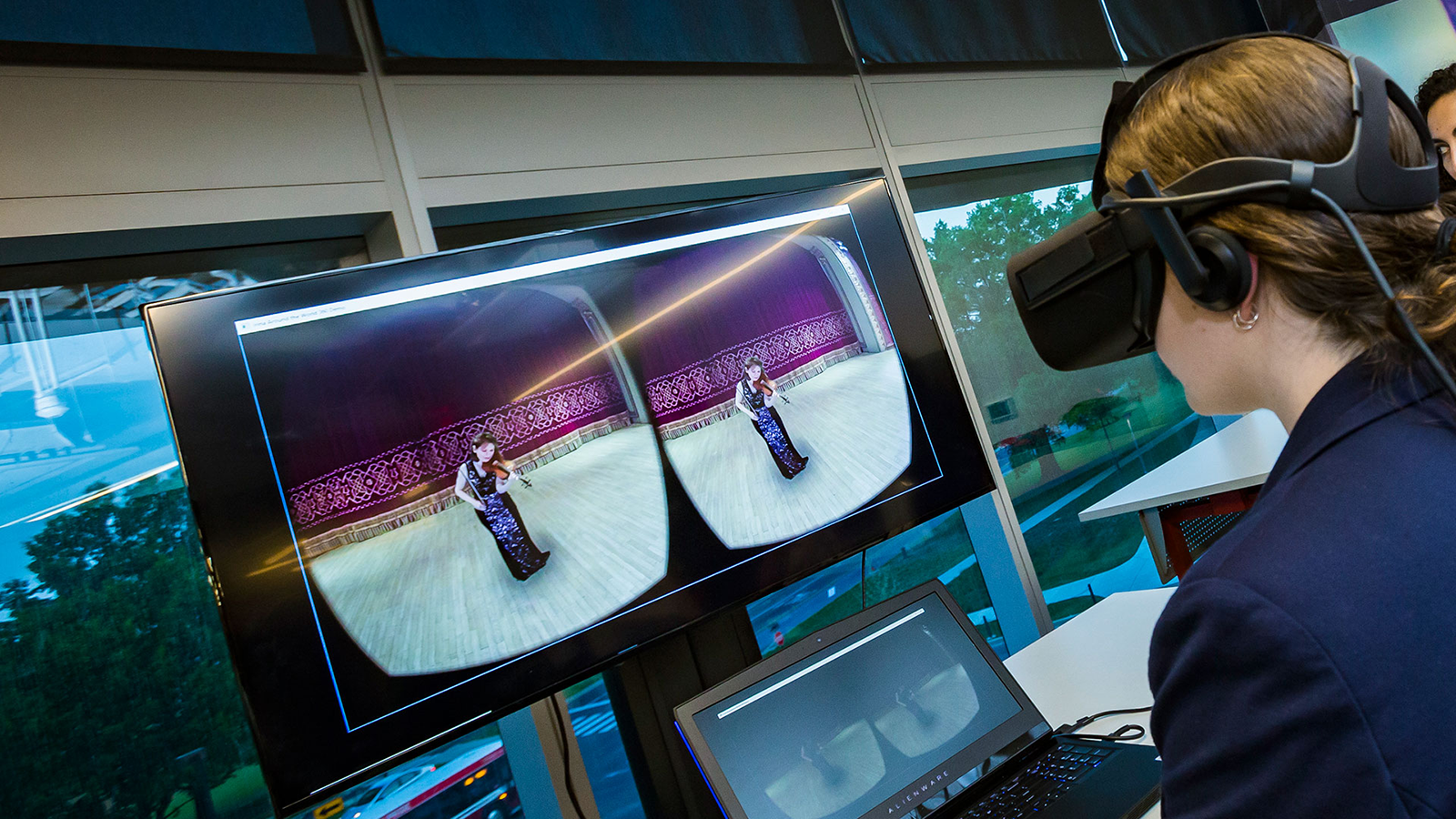 The playful notes of “Tango Etude No. 3” by Argentinian composer Astor Piazzolla dance amid a lush backdrop of manicured hedgerows and crimson azaleas at the National Arboretum in Washington, D.C.

Irina Muresanu, an associate professor of violin in the University of Maryland School of Music, adds another burst of color, wearing a floral gown as vibrant as the piece she’s performing directly in front of you.

Yet neither you nor Muresanu is actually there.

What you’re seeing is a hologram of the artist, who—with sound flowing from her 1849 Giuseppe Rocca violin—has been digitally captured and transported to this and other locations that represent musical compositions from different cultures.

This new virtual reality experience is a collaboration between the university’s College of Arts and Humanities and the College of Computer, Mathematical, and Natural Sciences (CMNS). It builds on Muresanu’s “Four Strings Around the World” project, a studio album and series of live concerts that celebrate diverse musical cultures through the unifying voice of the solo violin.

Muresanu said this virtual adaptation of Four Strings offers a trove of possibilities in both musical education and performance.

“We could have only dreamt of something like this several years ago,” she said, giving the example of virtually performing in the exact location that inspired a musical masterpiece. “But that’s what we’re supposed to do as academics—take the dream one step closer toward reality.”