An Artist's Vision in 'World Beyond' 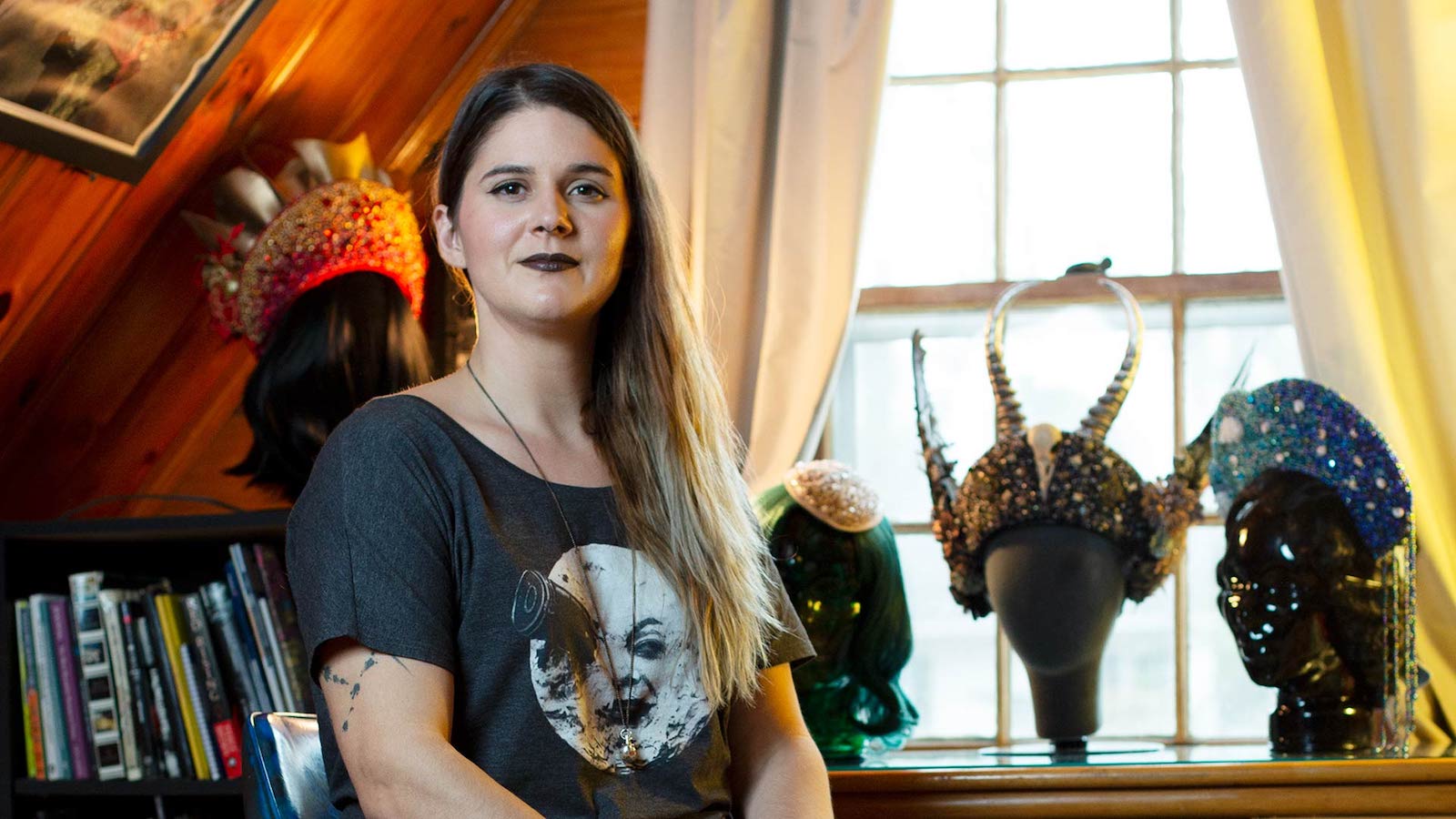 Creeping rust and spreading decay—just a couple of the things that’ll take over our dying civilization after the zombie outbreak. But what if this apocalypse never happens, and the entertainment of millions depends on making everything look as picturesquely awful as if it had?

That’s when you call Sev Gedra ’11, ’18. The studio art and art history grad’s new job is applying an end-of-days patina to locations around her home of Richmond, Va., where AMC shoots the new “Walking Dead” spinoff, “World Beyond,” which premiered last night.

It requires more than just basic skill with a paintbrush. “Making things look random, like they occurred naturally, is really hard, because your brain makes patterns naturally,” Gedra said. “Without realizing it, you start doing things in a predictable way, and it doesn’t look real.”

Predictability isn’t a word that comes to mind in surveying Gedra’s career so far. Since graduating from the University of Maryland, she’s lived around the country and created in a bewildering range of media: delicately beaded fascinators, and similarly delicate yet vaguely menacing horned headdresses; freakish bodily fluid-spewing costumes for the Richmond satiric shock-metal band GWAR; metal furniture crafted from salvaged fire truck springs and other materials; perfectly made-up faces of both the wedding and monstrous, costume ball variety. (Much of her work can be seen at her website, sevgedramakes.com.)