Alum Has Grammys on a String 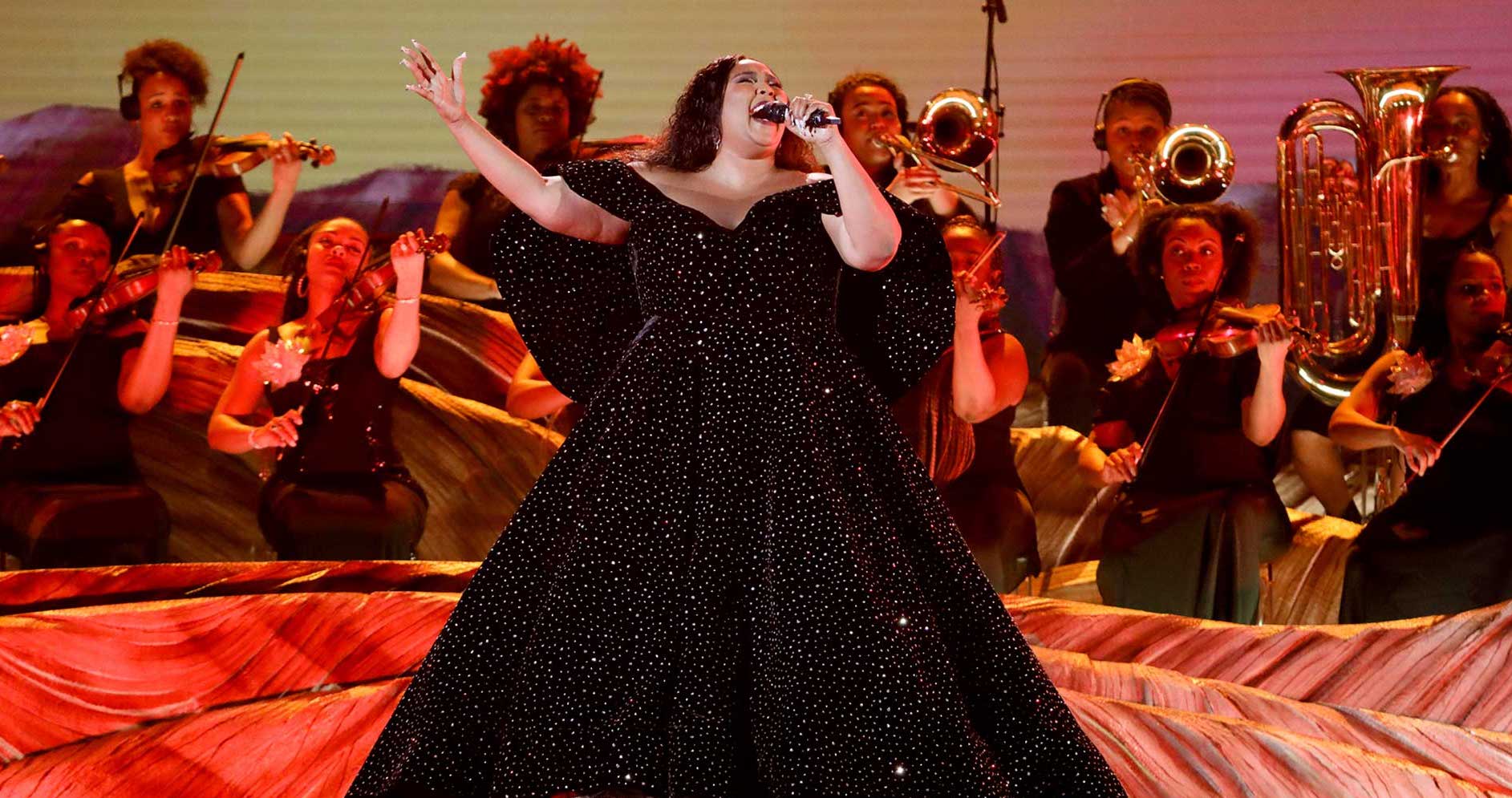 The familiar throaty belt of “I’m cryin’ / cuz I love you” filled a silent Staples Center, then a 23-member all-female chamber orchestra struck the first chord, punching the star-studded audience with a wall of sound.

Chelsey Green D.M.A. ‘17 moved her bow across her viola in unison with the other musicians as genre-bending hip-hop sensation Lizzo dramatically opened the 62nd Grammy Awards on Jan. 26.

“It’s just one of those once-in-a-lifetime moments,” Green said on Friday. “I’m so glad we had a dress rehearsal the previous day because it takes your breath away for one second to say, ‘I’m on the stage at the Grammys.’”

t wasn’t Green’s first high-profile performance—her resume includes performances with Stevie Wonder and Wu-Tang Clan—but it was her first time in front of such an acclaimed audience. She was grateful she couldn’t see any famous faces from the stage, only the illuminated 8 and 24 jerseys honoring former Los Angeles Lakers superstar Kobe Bryant, who had died earlier that day.

Green began playing violin when she was 5. Growing up in Houston, Texas in a musical family—her father is a music director of over 30 years, and her uncle and grandfather both play jazz on the saxophone—Green had firsthand exposure to all the possibilities music offered. Now she plays in different and melding styles: pop, R&B, classical, jazz, gospel and hip-hop.

“I grew up from early on never having a limit on what my violin could do,” Green said. “I’m so grateful for that because I never put it in any type of box.”

This is a mission Green sees reflected in Lizzo, who sometimes plays flute in her performances. In an age where everyone is trying to stand out, Green noted how many contemporary artists are changing their tunes on what a classical instrument is. “They all make music,” Green said.